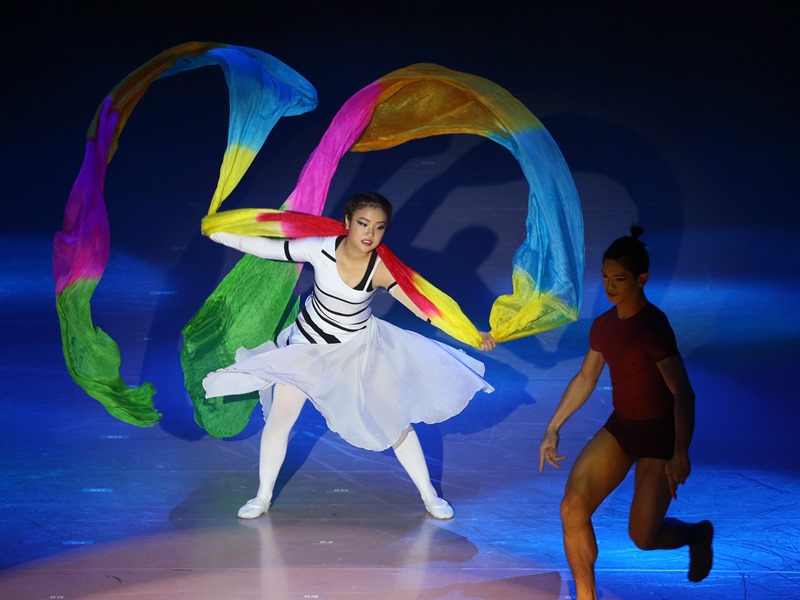 She glided effortlessly across the stage at the Singapore Indoor Stadium, swirling her rainbow-hued implement to music, surrounded by a blur of bright lights and fellow performers from the Nanyang Academy of Fine Arts, moving in synchronised chaos around her.

Luo Mang was a picture of grace and composure in the opening act of the Asean Para Games opening ceremony.

She may be 15, but 90 minutes before she enthralled the audience with her performance, Luo Mang, who has moderate autism, was a picture of calm, fiddling with her mum's iPhone while her parent fielded questions from the media.

"One of her biggest plus points is that she doesn't get stage fright, even though this is her biggest performance yet," said mum, Dr Xu Ze Ying, who practises traditional Chinese medicine.

The Eden School student has been learning dance since she was seven, and won two awards at the Hong Kong Autistic Talent Gala Competition last year.

Luo Mang is one of several performers with physical or mental disabilities who will take centre stage in the opening ceremony of the 8th Asean Para Games on Thursday, with organisers deliberately melding them with able-bodied performers and creative staff. 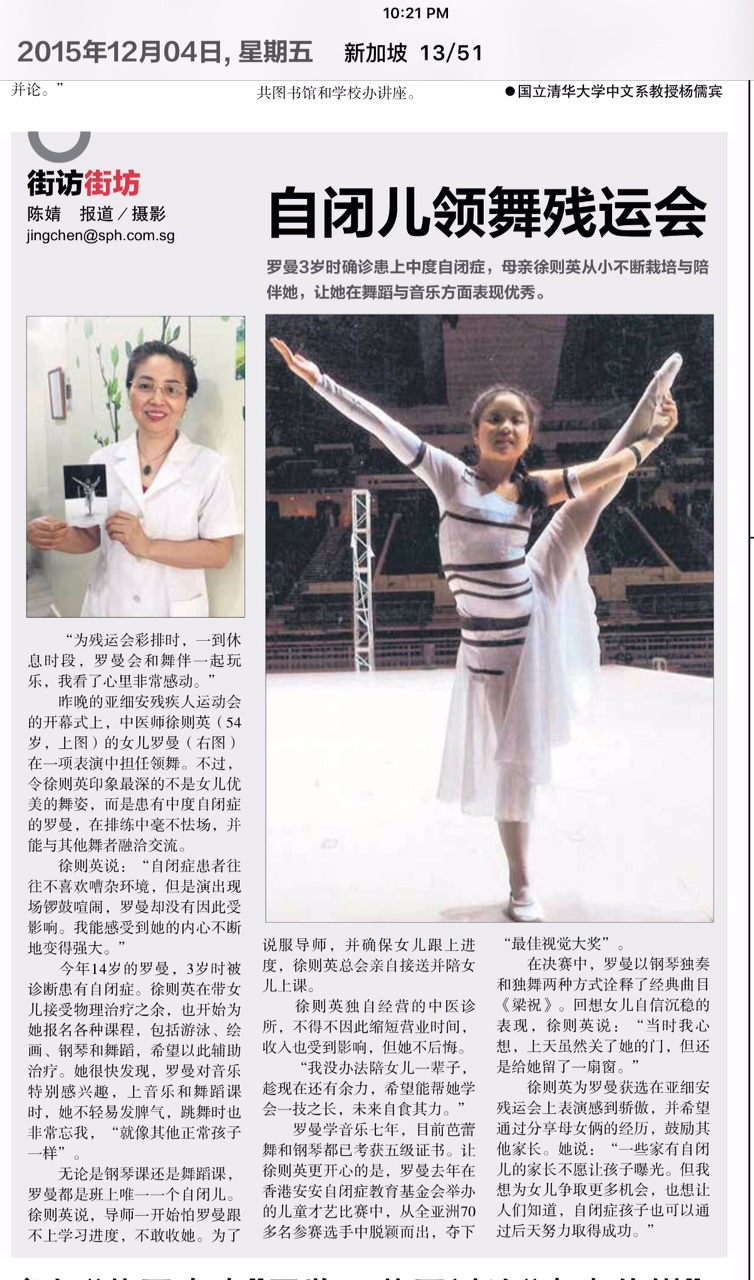