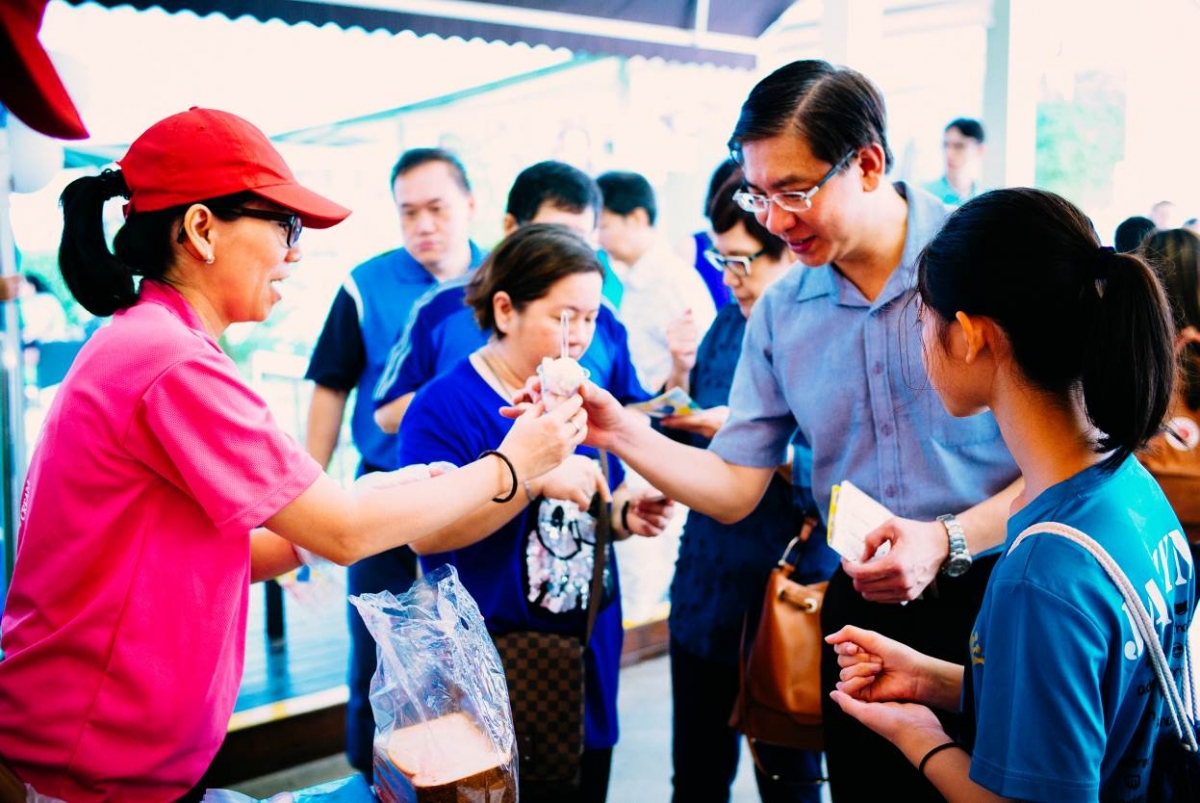 Autism Association (Singapore) held its inaugural “Action For Autism” Carnival in Eden School, with the aim of spreading autism awareness and engagement with its neighbouring community and partners. The event attracted over one thousand participants, who came from all walks of life.

Members of the public, former and current students and clients as well as their families of Eden Children’s Centres, Eden School, Eden Centres for Adults and Eden Activity Club were treated to an array of food, games and prizes. Two Eden School students were on-hand to provide live demonstrations of crepe-making and tasting for everyone to enjoy!

The biggest takeaway for the day was when participants get to learn more about Autism Spectrum Disorder through information boards placed throughout the event site. It was also a very meaningful experience for more than two hundred volunteers as they get to interact and understand people with autism better.

Prior to the public showcases, a “Light Up for Autism” movement was launched on 1st April 2016. Iconic structures and buildings in Singapore such as Helix Bridge, Orchard Central, National Gallery, Enabling Village, Khoo Teck Puat Hospital, KK Hospital, St Andrew’s Cathedral, Pathlight School, Eden School, Rainbow Centre and AWWA School, were lit in blue for the whole month of April, as part of the autism advocacy campaign.

Pathlight School held the annual “Autism Symposium” on 9th April 2016, where clinical practitioners and experts discussed the latest developments in autism practices. Attendees also benefitted from sharing by two caregivers whom provided insights into journey as a parent of a child with autism.

The organizers would like to thank everyone who attended and volunteered for the various events. The World Autism Awareness (Singapore) 2016 would not have been possible without the commitment and support from all involved!